I watched this documentary today, and all I can say is that it is definitely Chilling. I am so glad we do not have nuclear weapons in Australia. These nuclear weapons are capable of catastrophic destruction, and the sequence of events which unfolds in this real life documentary are disturbing to say the least. A nuclear weapon is a machine, and all machines fail at some point, it is only a matter of when. The fact that we have averted a major catastrophe so far is just sheer luck. The most disturbing part of the documentary is when they talk about the first atomic bomb ever detonated. They said they just did not know what would happen, they said there was a risk that the atmosphere could have caught on fire and in some sort of chain reaction destroyed all life on earth, and yet knowing this was a possibility, they went ahead and detonated it anyway.
Something has to change, this madness can simply no longer continue.
I have added the trailer below, I watched the documentary on Netflix, but it is also available on youtube, if you do a search, I highly recommend that you watch it.

The documentary “Countdown to Zero” is a must see for anyone concerned about world peace. Below is just a trailer, but the full movie is on netflix and on youtube.

Many people have argued that religion is harmless, it gives people solace and comfort.  I think that any belief which does not have its basis in the absolute truth and personal experience is dangerous.  Whilst the documentary deals with the issue of a nuclear catastrophe as a result of an accident or miscalculation,  it also deals with it being caused as an act of madness. The documentary echoes what I have thought all along,  that if a terrorist got their hands on a nuclear weapon,  they would have no hesitation in using it.
This is evident in the recent Paris attacks and 9/11. To repeat a quote from Voltaire I mentioned in my last post “Those that can make you believe absurdities,  can make you commit atrocities.” You can go back in history and there was the crusades and the spanish inquisition.

What is alarming in the documentary is the relative ease with which one can build a nuclear bomb,  and although buying the nuclear material like enriched uranium would take a lot of funds, the material is nowhere near as tightly as controlled as it should be, and could be imported into a country with relative ease.

The documentary is made by the same producer from “An Inconvenient Truth” one of my favourite documentaries.  They asked a number of people what they thought was an acceptable number of nuclear weapons for the world to have and their answers were all none, zero, etc. Hence the title of the movie, a Countdown to Zero nuclear weapons. If you would like to join other peace loving and truth seeking people in doing our small part to help rid the world of these insidious weapons, please join us here worldpeace.com/join

For anyone who has seen the movie “Interstellar”, and enjoyed it, I highly recommending also watching the documentary “The Science of Interstellar by the Discovery Channel.
It is narrated by the main star of the movie Matthew McConaughey, and shows how the movie is based on actual science. They have a consultant astrophysicist Kip Thorne who assisted with the production of the movie.

But the real star of the documentary was Marsha Irvins, an astronaut who had flown into space a total of five times aboard the space shuttle. She appears towards the end of the documentary, and her quote touched me the most. She said

I looked up overhead and there was this black sky and this blue earth, all hit you at that point, I am not on the planet anymore.
And every astronaut who has flown has come back and said the same thing, as you circle the earth, you do not see natural borders and boundaries that separate countries, and all of the wars and the angst and the strife that tear this planet apart, seem so insignificant from that view.

This BBC film made in a documentary style drama depicts the aftermath of a nuclear strike on the UK. It is approximately 45 minutes long and in black and white and was banned in the UK in 1965 when it was made as it was deemed too horrifying to broadcast on TV. It was not until 1985 that it was actually released.

Technically and intellectually, we are living in an atomic age. Emotionally, we are still living in the Stone Age. The Aztecs on their feast days would sacrifice 20,000 men to their gods in the belief that this would keep the universe on its proper course. We feel superior to them.

I fully concur that to a large extent our collective consciousness has not kept up to pace with our technological advancements and that represents a serious danger.
The full documentary can be viewed on YouTube.com I highly recommend checking it out. 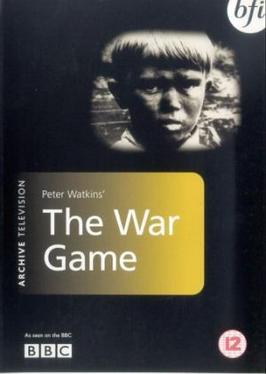 I watched this documentary today by Four Corners Australia called Inside North Korea. It was sad that in modern times, this is still happening in parts of the world. Inspiring to see people put their life on the line to bring about positive change. Also interesting to see how the internet and media are seen as the enemy to maintaining strict control in some countries in the world.

Peace and freedom, many of us take it for granted, but it is something we should cherish.

The documentary is probably only viewable by people in Australia, and will be limited to a few weeks. It can be viewed here.

Four Corners is by ABC a government owned broadcaster, it would be nice to see them put their documentaries on youtube.com for the world to see for free.

I watched a documentary the other night called Ai Wei Wei. It is the story of a famous Chinese artist who dares to voice his dissent against the Chinese government. Despite all of China’s prosperity, this documentary offers a valuable insight on how tightly things still are controlled.
Towards the latter part of the documentary you have to wonder, if not for his high international profile and support, whether his voice would have been silenced.  Without divulging too much of what happens, there is an interesting scene where they show a clip from Hilary Clinton. You get to see how people can have a positive global influence by lobbying their politicians.

The clip below is just a movie trailer, not the full documentary.

I just finished watching this documentary which relates to diet and health and thought it was great, it is available to watch for free on youtube. It is produced by an Australian named Joe Cross. What I really liked about the video was how the entire video did not focus on him.  He helped one person change their life, who then went on to help a lot of other people. This video illustrates the concept of paying it forward brilliantly and at the same time has a lot of great information on diet that I think anyone can benefit from viewing.

Oh My God, no that is not the title I have chosen because it has been so long since I last made a blog post, it is the title of a documentary I watched last night. Peter Rodger, goes to many different countries and asks the simple question “What is God?”

While I am not a follower of any religion, I found the documentary fascinating, and religion and world peace are two topics which are intertwined. One of the comments from an aboriginal person from Australia, where I am from, stated “All wars are fought over religion or land”

He also interviews a number of celebrities, including Hugh Jackman, Seal, and Ringo Starr who says “God is Love”. 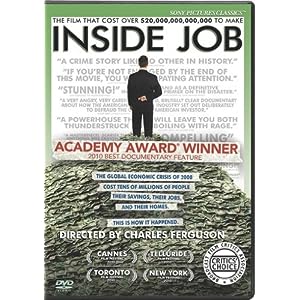 Thanks to an email from Sophia, a visitor the site, I was recommended to take a look at this video on youtube called “The Story of Stuff”
It is about 21 minutes long and well worth taking a look. Kind of appropriate that they should use the example of an ipod at the start, Apple releases new products every single year, and quite often Apple die hard fans will find themselves upgrading to the latest product. I consider myself such a fan, I love Apple products as well, but I will be thinking about upgrading to the latest tech product, What I have now, does the job fine, so I will be keeping it. Same applies for other goods like cars, clothes, etc

I especially liked the end of the video where she says “Things are really going to start moving when we see the connections, when we see the big picture, when people along the system get united, we can reclaim and transform this linear system into something new……Some say it is unrealistic, idealistic, that it can’t happen, but I say the ones that are unrealistic are the ones that want to continue with the old path”
Their website can be found at storyofstuff.com